FFMPEG is a command-line tool used to convert multimedia files between formats, for example changing a WMV file to an MP4 file, or merging two audio tracks into one. Here I’ll use it to stack a sequence of images into a video, like a flipbook.

For the example I’ve implemented the jump flood algorithm for rendering voronoi diagrams, but FFMPEG can be used for whatever purpose you need.

In order to use FFMPEG from the command line without being in the same directory as ffmpeg.exe (a pain), you have to add the directory to the PATH environment variable.

On Windows 10 it’s done like this (read left-to-right and top-to-bottom): 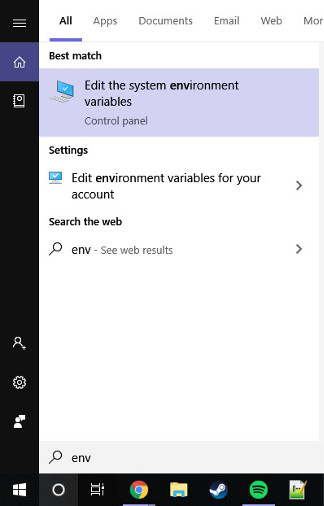 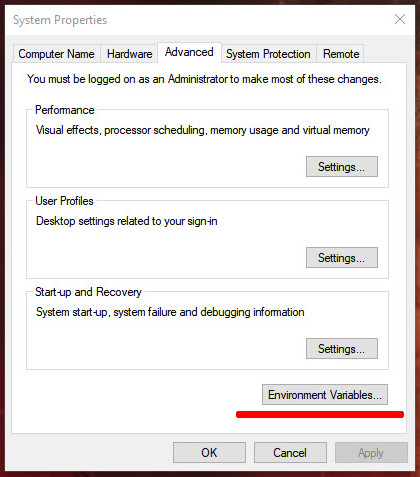 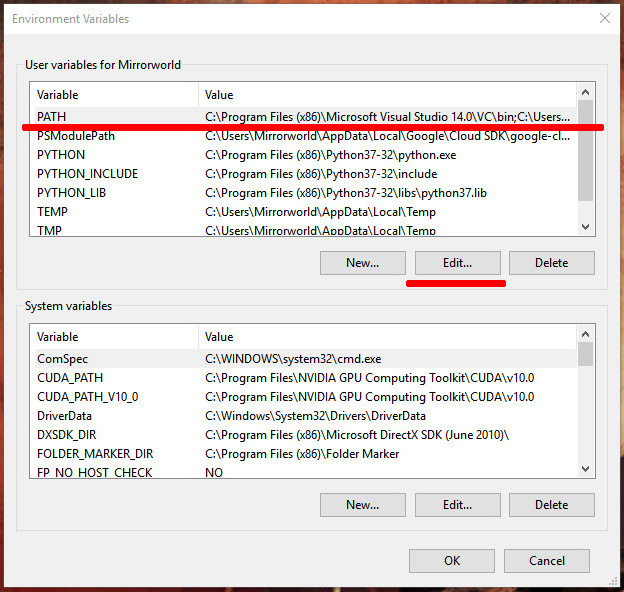 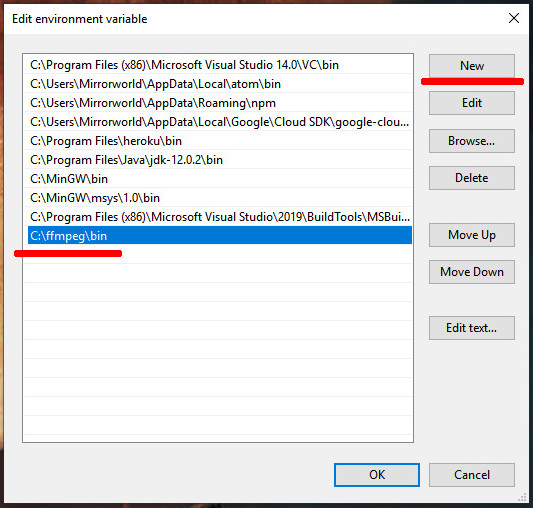 If you’re on a different platform just look up how to set the PATH environment variable and you should be good.

A video is just a sequence of images, so we first need to render each frame individually. For this I’m using the Pillow library for Python, but you can use whatever process you want, as long as you get an ordered sequence of image files at the end of it.

A digital image is a big grid of square pixels, each with an RGB value. To store the image I’m using a 3 dimensional NumPy array, the first two store each pixel location, and the third is a 3-tuple for the RGB values. This can also be called a ‘texture’. I’m also specifying the use of 8 bit integers, as the RGB values are bounded between 0 and 255 anyway, but it’s optional.

Rendering the image consists of literally just iterating over the array, and assigning colours to each pixel. Once complete, the texture is converted into a PIL image using ‘fromarray’, which happily enough is a-ok with taking a NumPy array. The image is then saved to the disk as a PNG file.

This can be done repeatedly to get a sequence of images. They must be named in order, for example I used the naming scheme “img#.png”, where # is the image’s place in the sequence. One pitfall is that numbers have to be left-padded with zeros up to the largest number of digits present, otherwise the ordering of the images gets screwed up during the video rendering process.

Once the images are created and present in the working directory, you can run FFMPEG from the command line with the required arguments.

In Python you can call command line EXEs from the program, using the subprocess library. The command is written and saved to a string variable, it is split into its constituent parts using the shlex library, and passed to subprocess.check_call to run it. I use Shlex to split the command instead of a simple str.split(" ") because command line commands have lots of annoying edge cases where this can break, so using shlex just lets it work.

This will output the newly finished video in the working directory, and you’re done!

Here is a link to the GitHub project if you want to have a look.